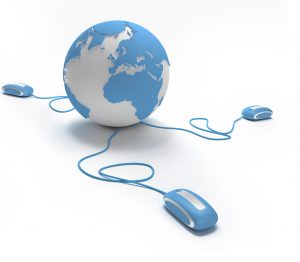 This month, PARN’s flagship Professional Body Benchmarking Survey (PBBS) was launched. PARN has been running this major omnibus survey every three years since 2003, so this year’s survey will be our fifth. It provides a unique opportunity for organisations to benchmark themselves against others in the professional body sector on a very wide range of policies and operational issues. It will also provide professional bodies with a fascinating and valuable picture of how their sector has developed over the 21st century.

The 2012 version of the survey was divided into three parts, but were sent out together as one large survey. This year we are keeping to the same three parts, but we are sending out each one separately. The first part on Membership was launched in mid-May and will be open until 26 June. The second on Governance and Operations will be launched in August, and the third on Education and CPD opens in October.

The survey has allowed us to track particular trends in the sector, such as the decline in the proportion of subscription fees paid by employers. Just between 2009 and 2012 this fell from 41% to 35%. The survey has also challenged the widely predicted death of branches. At least on average, for both branches and SIGs, there has been healthy growth or maintenance in terms of activities and attendance, though the supply of volunteers to run the networks has been declining. Our 2015 survey will allow professional body staff to see if these trends have continued.

We’ve introduced new features to the survey. Our 2013 research report Managing Member Networks revealed a far wider range of networks beyond branches and SIGs. We build on these findings and consider 12 different types of member networks apart from branches and SIGs, including industry sector or specialism, new professionals, women and mentoring. We also ask about how the networks are managed and the degrees of autonomy given to network groups.

Clearer benchmarking information with the PBBS

A big issue in the professional body sector is the plethora of different terms used, often for exactly the same things. This makes benchmarking difficult, to say the least! One crucial area where we encounter this problem is in the labels given for different grades of membership. For example, some use the term ‘affiliate’ to identify members who are not qualified; that is, people interested in the subject. Others call these types of members ‘associates’. However, many use the term ‘associate’ to describe those who are qualified, but to a lower level than that of full members. The 2015 survey will allow professional bodies to benchmark clearly against others because we begin with a description of the detail of the membership category and then ask which label is given to match that description. This will then allow participants to compare aspects of their membership structure more clearly, such as the different fees charged for different membership grades, ensuring they are comparing like with like.

Everyone who fills out the surveys receives a report, enabling you to to benchmark your professional body against practice in the sector on issues of importance. However, the value of this information will depend on the proportion of professional bodies that fill it in. In 2012, 175 professional bodies filled in the survey and we are hoping to top that this year. I strongly urge whoever receives the survey to complete it or pass it on to the relevant person at your organisation in order to receive valuable benchmarking information on a range of factors.

For the link to the first part of the survey on Membership, visit our research pages! 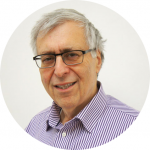