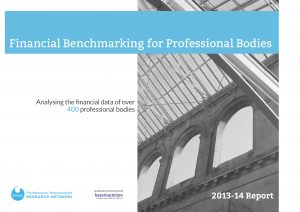 Annual reports from over 400 professional bodies in the UK have been consolidated and analysed in our latest Financial Benchmarking Report, which we have been producing in conjunction with haysmacintyre for the past 5 years.

One feature of this year’s Report is the strong differences in profile for regulatory bodies compared with professional associations. Particularly interesting are the more recent changes, which indicate that the differences between these two types of professional bodies are becoming less pronounced.

Where do regulatory bodies fit into the professional body sector?

The profile of income sources is a key area where the gap between the two has been closing.

These differences have become less pronounced over the past couple of years, however.

Our Finance Special Interest Group welcomed the launch of our latest data analysis this month at the offices of our ongoing partner haysmacintyre. This is an exciting year for us, as we have gathered the financial information of over 400 professional bodies, making this year our most expansive report yet!