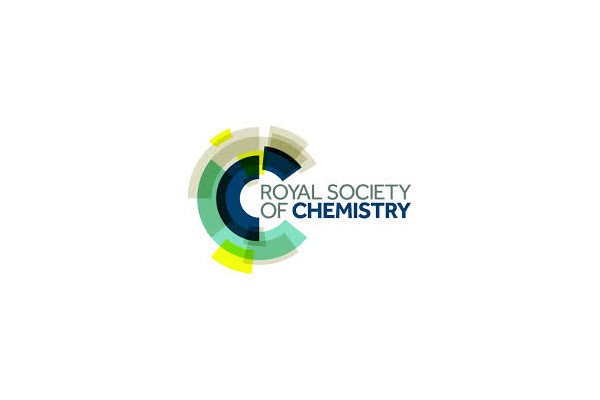 In 1894, authorities were wringing their hands about a great pollution crisis in our cities. The Times predicted that, “in 50 years, every street in London will be buried under nine feet of manure.”

Within ten years, the advent of the motorcar had solved the manure problem, while creating an entirely new set of environmental issues.

It’s impossible to make accurate long-term forecasts. Unforeseen step-changes means we can’t just extrapolate from recent trends. But even if we can’t predict the future, we can still prepare for it.

That’s why the Royal Society of Chemistry (RSC) ran the Future of the Chemical Sciences initiative.

We used scenario planning to help us understand the ways that chemistry might develop over the next ten to twenty years, so that we can make sure we are well-equipped to adapt to and influence these developments

We spoke to leading chemical science figures around the world, from academia and industry, as well as people in government, policy making and the social sciences.

Ale Palermo, who is a manager in our Membership and External Affairs directorate, ran the initiative. She said: “In theory, we all know that the long-term future will be radically different to the present. But we seldom have the time to really challenge ourselves to go beyond the status quo.

“I was thrilled to have the chance to bring together such a diverse range of people to think in a creative, but realistic way about how the chemical sciences might evolve in the future.”

First, we identified major themes that are shaping our world. We considered questions that directly impacted the chemical sciences, such as, is there a risk that chemistry will be left behind as sciences becomes increasingly interdisciplinary? Will governments still fund research?

We also looked at how the wider environment might evolve. For example, how will an aging population change the chemistry workforce and career structures? Will countries collaborate more or less, and how will this affect research and development?

We then considered the unexpected ways these themes might develop and interact, ran three scenarios workshops and came up with four surprising but plausible scenarios.

This is a world that has been shocked by major challenges, from climate change, water shortages and natural resource scarcity, to providing healthcare for an ageing population. Thus research efforts have focussing in solving these challenges- governments, philanthropists , industry and academia are working together in massive initiatives. Chemists have fulfilled their potential to help solve these challenges and are recognised and celebrated for doing so. Chemistry is a topic of everyday conversation and chemists have much greater influence in shaping policy. Their work is focused on solving problems, and making breakthrough discoveries is more incremental.

This is a world in which developments in technology and communications have changed the way organisations are structured and collaborate with each other. Traditional business models have broken down and value chains are being decentralised to create a more diverse marketplace. At the same time, there is growing demand for personalised goods and services. Chemistry becomes a commodity and is much more entrepreneurial and difficult to regulate –anybody can become a DIY chemist and design and produce personalised drugs, for example.

A world without chemists

This is a world in which chemistry’s former strength as the ‘central science’ becomes its weakness as chemistry loses its identity, its sub-divisions merging with and being absorbed by other disciplines. With no distinct chemistry education, the pipeline of people with core chemical skills is drying up and there is no funding for blue skies chemistry research, limiting the potential for new chemical discoveries.

This is a world that it is poorer with sustained low economic growth and increasing income inequality between countries. With resources increasingly scarce, many governments have drastically reduced spending on scientific research. The gap is filled by private philanthropists and chemists respond to these funders’ priorities, typically working on fixing specific problems. They also need to be expert at marketing themselves, for example as business consultants.

Each of our scenarios is different, but the raise important questions, such as:

As the world’s leading chemistry community, these questions are key for our long-term strategic planning. We are using the scenarios to sense-check our current strategy, and as a frame for considering the changing environment.

We have already started two projects, one considering the potential evolution of professional bodies, the other focused on the implications of an open research environment.

We will revisit the scenarios regularly to reconsider and, if necessary, revise them in light of new developments.

An invitation to our community

We believe that that the chemical sciences have an important role to play now and in the future.

If they are to fulfil this potential, leaders across the chemical sciences community need to be aware of and responsive to the changing environment.

We hope our scenarios will stimulate dialogue within our community about how to prepare for an uncertain future, so that we can shape the way the chemical sciences develop, for the benefit of people around the world.

Read the report and find out more about scenario planning on ourFuture of the chemical sciences pages.

Article originally published by the Royal Society of Chemistry