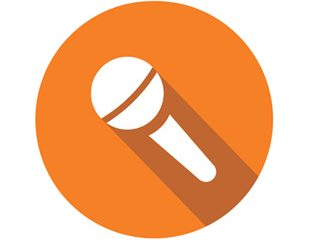 In the latest of our 21st Century Professional series, we catch up with Martin Parr, photographer and member of Magnum Photos.

‘I guess the main difference for photographers [in the 21st Century] is the role the internet has in our work. A lot of the work I get comes through my site, people stumble across you through your Instagram, so I would say that is the main difference, the accessibility you have to bigger audiences and the way of encompassing work.

Martin Parr is a very well-known photographer and curator. He has an honorary fellowship from the Royal Photographic Society and is a member. He is also President of Magnum Photos, a cooperative established in 1947.

‘Magnum is an agency where we only let the people in who we vote to accept. Over 350 people apply every year but we only accept between 1 and 3, so we are very, very choosey. If someone is in Magnum it is a seal of approval and therefore most of them are quite successful photographers. There are 50 members from all around the world. We have 4 offices: New York, London, Paris and Tokyo. We work as a group and often do group projects. We also have a site, of course, where we license our images, and generally we have a very effective CEO.

We are now establishing a B to C site. For example, previously we have just been a B to B business, so that’s a whole spectrum that has opened up to us because of the internet. The editorial, traditional market has declined, but print sales and the ability to license and market on the internet have risen dramatically.’

I asked Martin about ethical dilemmas. He said,

‘Ethical issues don’t happen that often, but occasionally we would have jobs that we would question. So, for example, we were recently asked to do the Kazakhstan games, and we decided that Kazakhstan was a bit of a dodgy country so I think we stalled on that. We do get used for advertising imagery and there are things like defence and cigarettes that would be pretty questionable.

Often, most of the pictures we license have a contract and often people break that contract, or they will just use pictures without asking permission, so we outsource the people that try and recuperate money off images that have been used illegally. Of course, if someone had broken the contract we will just pursue them and we will add a percentage for using something without asking us, so that might generate some income, but if it is a student’s blog then you aren’t even going to bat an eyelid. Technically, every use should be cleared, but the reality is if it is a commercial client or someone that we know that might usually pay, or do something like publish a picture without paying, that’s when we would pursue it.’