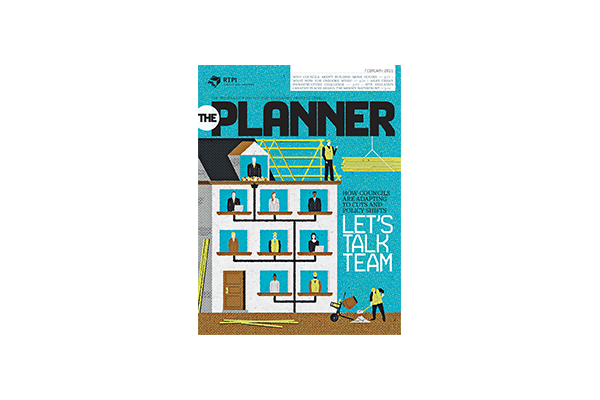 We all reap the benefits of their work – but do you have any idea what is involved in being a town planner?

In our latest feature on our favourite magazines in the sector, we hear from Martin Read, editor of the Royal Town Planning Institute (RTPI) magazine, The Planner, who sheds some light on this important industry. 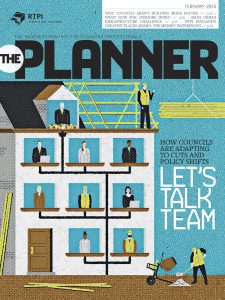 Town planners do extraordinary work. The determinations made daily by planners drive economic growth, develop our communities, inform our landscapes and protect our environment. It could not be a more important vocation, and its work is produced by enthusiastic, dedicated professionals. However, that’s not necessarily the view you’d have formed from reading the media produced for planners prior to 2013.

When I started editing The Planner, the official magazine of the Royal Town Planning Institute, it quickly became clear that planning was a much-maligned profession despite it having a profound impact on the way we all live. Over the years, politicians have characterised the profession as an inhibitor to economic growth and a brake on the housing development this country so badly needs – assertions that are entirely unfair and untrue. Planning the housing and infrastructure needs of the UK is no easy task. Planners, often placed in remarkably invidious positions, are easy meat for those seeking to deflect attention from their own failings.

The difficulty planners face is the complexity of their task; calculating the impact of proposed schemes, engaging with local communities and sifting through policy and precedent to arrive at determinations that are always going to be a compromise too far for one or other party. Planning is the one essential part of crafting the environments in which we all live, but the one easiest for others to complain about. And all the while, planners work under intense resource pressures, particularly those who staff cash-strapped local authority planning departments.

All of which would be perhaps less of a burden were the goalposts not constantly shifting. Planning is of critical interest to politicians and academics, both locally and nationally: town planning attracts the attention of policy makers and campaigners spanning a huge variety of disciplines. So we see governments – at Westminster, and those in Scotland, Wales, Northern Ireland and Ireland – constantly look to change planning law to address shifting environmental and economic priorities. This year saw the introduction of the UK Housing and Planning Act 2016, but as I write the UK government is preparing a fresh housing white paper for publication later this month; one which will undoubtedly impact on the work of planners yet again.

So for us, developing a magazine that gives planners a sense of community and purpose was our aim from day one. We’re succeeding, we hope, by giving the issues that planners face more space to breathe and by putting planners front and centre in the public debate over how we meet the many challenges that population growth brings. But all that said, not a single month goes by without there being another major news story to illustrate just how important the profession is.

Brexit’s seismic impact is still rippling through the country and the ramifications of the vote to leave the EU are still unfolding. What we have made clear, however, is the important role for planning in adjusting to these changes. We think strategic leadership from local authority planners to spur public sector-led development is urgently needed while private developers are vulnerable from post-Brexit uncertainty. We know planners’ ability to be proactive is especially important in these uncertain times. A better resourced planning departments and more stable planning system that provides greater certainty for developers and communities would help smooth out some of the bumps in the road.

Brexit is but one of a myriad of issues that will have a marked effect on the built environment in the years ahead, but this is part and parcel of being a planner. So while the country gets mired in all manner of cultural and other crises, it’s worth giving a thought to the town planners whose work in the years ahead will be vital. We at The Planner are doing just that.

Read more from The Planner here.