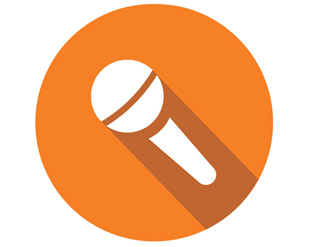 Ever wondered how medical robots operate? Institution of Mechanical Engineers‘ Patrick Finlay reveals how they put together Windows for robots used in surgery.

‘It’s a completely new field. When medical robotics first started we were inventing rules on the hoof. Industrial robots have to be fenced to prevent human beings from getting within reach of them. Clearly in surgery that’s not practical. A human being is your work place. So we had to invent new safety factors, particularly if the robot will be involved with invasive procedures into a patient.’

Patrick Finlay is chairman of the Biomedical Engineering Association which is a division of the Institution of Mechanical Engineers. He runs a business that develops medical robots, particularly for surgery.  He described issues and solutions they have faced.

How Do You Introduce Medical Robots?

‘We were testing our brain surgery robot for a particular operation that has a very high mortality. Without the operation the patient dies, but if you do it with a manual surgeon, there’s a 30% mortality. We proposed a control trial: ten patients to be done conventionally and ten with the robot. We did the ten conventional patients and sadly three died, as expected. If when we started the robot experiment the first died, what will you say to the second patient? “Here’s a new system with 100% failure record; we’d like you to try it”?

‘No, you stop. If the first person survives and the second dies, arguably you’ve got a case worth continuing. Medical ethics is based on asking the question, “what is the benefit for the patient I’m about to treat?”, never mind anybody else.

‘In another case we’d done a full series of trials on models and cadavers and the final trial was with a patient that had conventional brain tumour removal, so there was a hole in their head where the tumour used to be. We wanted to drive the robot into that hole just to prove it was going to the right spot. It wasn’t going to touch the patient, there was no risk. The ethics committee told us we couldn’t, because there was no benefit for that patient. That’s the way it works.

‘What we have done is design our own operating system. You can’t prove Windows operating systems are safe. We had to invent our own without all of the Windows bells and whistles, but we could demonstrate it was safe. We used ADA as a programming language which is very unforgiving. If there’s any ambiguity it would just stop the process, whereas C++ and others that are more user friendly will guess what they think you meant and do that instead, which isn’t always safe.’

What do you think of medical robots? Does your industry experience similar risk factors when it comes to introducing new technology?