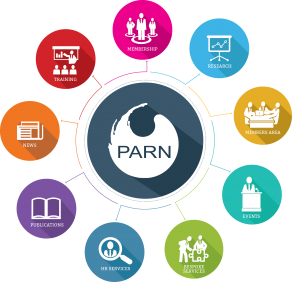 To celebrate International Women’s Day on 8 March 2016, PARN has been exploring equality in the professional body sector.

How do professional bodies match up when it comes to diversity in the most senior positions? Are certain sub-sectors far less inclusive than others?

Research Assistant Steph Jones looks at how far the sector has already come, and examines the important steps we still need to take in order to achieve equality.

“It is encouraging to see increasing equality in the leadership of professional bodies, including the legal sector. Currently the female: male split in the Chief Executives of European Bars Association (CEEBA), of which I am a member is 50:50, with a number of the most recent appointments, for example in Finland and the Netherlands, being women. It is good to see that women are rising to the top of the field in their own merit”

International Women’s Day is a global day celebrating the social, economic, cultural and political achievements of women. With ever-increasing numbers of women in the boardroom, greater equality in legislative rights, and an increased critical mass of women’s visibility as role models in every aspect of life, it would appear we are moving towards gender equality in the professional world. However, even with these changes, the unfortunate fact remains that women are still not paid equally to that of their male counterparts. Women are still not present in equal numbers in business or politics, and globally women’s education, health and the violence against them is worse than that of men. With the theme for International Women’s Day 2016 being “Pledge for Parity” we have analysed how the professional body sector is doing its bit towards the cause.

Within large private companies, the small proportion of women CEOs and Board Directors is viewed as a cause for concern, but research reveals that the situation within the professional body sector is more positive. The PARN Professional Body Sector Review 2014 revealed that approximately a third of leaders in professional bodies in the UK are women. In comparison, a study by Cranfield University concluded that 17% of FTSE 100 directors are women, whilst only 6% of Executive Directors were female and only 3% of organisations had female CEOs. This means that with 36%, professional bodies have more than ten times more female CEOs than the proportion in FTSE 100 or 250 companies (Professional Body Sector Review, 2014). 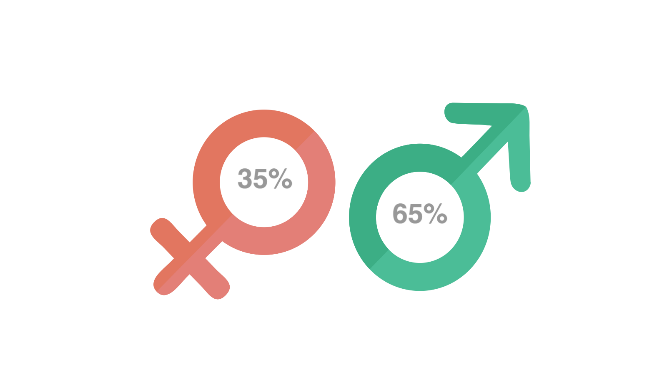 When we looked at equality by subsector, research revealed that professional bodies in the health had a particularly high proportion of female CEOs and women on governing bodies, with almost half (49%) of the organisations reporting senior roles for women (Professional Body Sector Review, 2014). This came in contrast to professional bodies within the engineering sector, which reported the lowest incidence with 26% of female CEOs and 21% of women on governing bodies. This raises the question of whether the number of women in senior positions within professional bodies is affected by the gender balance within the sector itself: the more female-led the sector the more likely it is to have women in the leading positions. It is argued that this perspective is out of date, in the past professional body leaders tended to be members of the profession, but now it is recognised that leading a professional body requires skills that are often outside the knowledge base of the sector itself. This means that leading positions are not necessarily determined by the gender balance of the organisation’s members.

Good News for the Charity Sector

These increasing gender equality of leading positions within professional bodies appears to be mirrored by the charity sector. Evidence from the Charity Governance Review 2013 shows that charity boards are significantly more likely to have women on their boards than FTSE 350 companies. The 2011 Davies Report Women on Boards which recommended that 25% of board members should be female by 2015, has encouraged FTSE 100 to disclose their policies on gender diversity in their annual reports, something that 78% currently do (Charity Governance Review, 2013). On average, 31% of charity board positions are held by women, compared to 17% of FTSE 100 directors, showing a far greater level of equality. This increasing gender equality remains vital to all governing boards in order to ensure a balance of the right skills, experiences, independence and knowledge of the organisation, enabling them to discharge their respective duties and responsibilities effectively (Charity Governance Review 2013).

The Importance of Diversity

Having women on boards and in leadership roles drives further diversification. Boards that have at least one female director show a commitment to diversity that goes beyond just ticking the equality box, they are actively continuing to promote more women (EY Diversity Drives Diversity, 2013). Companies with a high representation of female board members also significantly outperformed those with no female directors, according to a 2011 Catalyst analysis of financial results at Fortune 500 companies (CNN, 2015). Although there has clearly been a rise in the number of women in leading positions in both professional bodies and the charity sector, women still only represent 10.8% of Governing Body positions. With women making up approximately 50% of the population the number of females in leading positions continues to be far lower than gender parity would hope (PARN PBBS Governance Report, 2015).

How do you think professional bodies compare when it comes to gender equality? Share your thoughts in the comments!