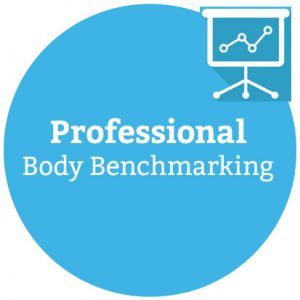 PARN has been running its major Professional Body Benchmarking Survey every three years since 2003. This has been an invaluable way of tracking the progress of the professional body sector and has revealed extremely important trends which we hope will encourage more professional bodies to learn of existing good practice around the sector and to provide guidance for further improvements. As in past years, the survey is divided into three sections and the first one, on governance and internal operations, has been launched on 6 February.

Perhaps the most striking change in the sector has been the changes to the fundamental structure of governance and the composition of members of the governing body.

Correspondingly there has been change in the composition of governing bodies. In the past, all or almost all were members of the professional body, either by virtue of their positions at the head of branches of specialist groups, or by direct election by members. The new style of Boards has occasioned a rise in individuals coming onto governing bodies by selection for desired skill sets in addition to lay members and for some also staff members. Other changes have been to introduce new aspects of good governance: induction and performance review, both increasingly better resources and the development of key committees; audit and nominations in particular. For example, the proportion of professional bodies with a nominations committee has risen from 27% in 2006 to 47% in 2015. While 74% of these committees screen candidates for Board and Council roles a substantial proportion, 24% make appointments. 18% have lay members with voting rights and 15% have full time staff with voting rights on the governing body. Formal induction of new members of the governing body has become the norm (74% in 2015) but formal reviews of individual members of the governing body werestill only carried out by 22% in 2015.

Find out how these trends have been developing more recently by participating in the recently launched 2018 PBBS, comprising three surveys. We’ve kicked off with the governance survey – complete this to receive a free personalised benchmarking report for your organisation. You will be able to find out how you compare with the sector in terms of how many volunteers to staff is the norm, what roles do volunteers play, and much more.

Find out more and take the survey.