Professional membership leaders often need to navigate a challenging governing binary. On the one hand, full-time executive management; on the other, honorary appointments. Building on PARN CEO Andy Friedman’s analysis in the 2017 Professional Body Sector Review, Darryl Howes sets out some tips from the science of influence and persuasion to help ease the path to co-operation. 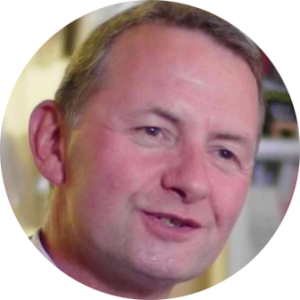 “All happy families resemble one another, but each unhappy family is unhappy in its own way.” (Anna Karenina)

Tolstoy’s perceptive opening comments serve to remind us of a universal truth. A great deal of management practice involves the resolution of personal conflict and building of consensus amongst disparate groups. When we need to find ways to work with others who are not our natural allies, it can be useful to revisit what science tells us about the topic of persuasion.

Over 30 years ago, a mid-career academic decided to take a sabbatical – but not in the form of a holiday.

In pursuit of his interest in how people are influenced, he set off to work undercover in several occupations. These included industry sectors engaged in sales, marketing, recruiting and fundraising.

Now Professor of Psychology and Marketing at Arizona State University, what Robert Cialdini discovered from these practical contexts he formulated into six guiding principles. They were published in his 1984 seminal work, ‘Influence: The Psychology of Persuasion’.

Cialdini sets out the influence principles as follows:

Likeability – Being perceived as likeable by others is a big plus to relationships. The components of likeability are often cited in terms of infectious positivity, patience, empathy and keeping an open mind.

When we build empathy by providing personal information about ourselves – where we studied, our hobbies, family etc. – negotiation deadlocks can be eased. Through this simple measure, Cialdini’s research shows these instances were halved.

Consistency – People we interact with generally appreciate consistency of behaviour. As an individual, if we continue to fit their internal model of us there is more comfort and less conflict.

This also extends to their own behaviour. People wish to be consistent with their own beliefs and values. Finding out what they hold dear and then framing opportunities as a way to behave in a like manner, can often facilitate collaboration.

Reciprocity – If we’ve ever received a gift via an unsolicited mailing, this is the application of the principle of reciprocity. In short, if we do something for someone, they will be minded to do something for us. Anthropologists point to this social norm as an underlying factor in the advancement of the human species and an aid to co-operative practice.

Authority – A friend gives some of her spare time as a voluntary Special Constable in the UK Police Force. She often remarks on how people treat her differently when she is ‘in uniform’, as opposed to being in civilian clothes. Of course, there are many other forms of authority beyond what we wear – official titles for example, or even the way we speak. Social psychologist Amy Cuddy’s work on Power Posing and how we look also links with this.

Another practical tip is to establish authority up front. Most meetings are preceded by an email exchange. Using this as an opportunity to highlight worthy achievements, prosocial behaviour, awards etc, can help to set the tone for subsequent engagement.

Scarcity – Known to all retailers worldwide, ‘buy now while stocks last’ is a perfect example of scarcity as a tool of persuasion. Even a pub landlord calling time at the end of the day has the effect of bringing customers to the bar for last orders. How does this work? It is suggested that a declaration of scarcity imposes a loss of free choice. This causes rational thought to be overridden in favour of less selective quick thinking.

Similarly, research indicates that when information is harder to access, we are more likely to believe that it is correct. We often think about what our negotiation partners need to know. But what, in addition, would they like to know?

Social Proof – Consensus wins out. As social animals, we have evolved to make use of the opinions of others rather than expend time and effort finding things out for ourselves. What others say and do is a useful shortcut to what we should also say and do. Examples abound within comparison websites and the rating devices used whenever we buy a good or service.

It also follows that we are more persuaded by people who are like us, or more accurately, who we perceive to be like us. So, part of building rapport with our collaboration partners should be to explore where common interests exist, in furtherance of establishing common ground.

It’s useful at this point to sound a warning: There are degrees of subtlety in the practical use of Cialdini’s discoveries.

We are not saying, for example, that scarcity works by demanding: “If you don’t agree now, I’ll approach someone else next week!” To put forward an ultimatum in this way would clearly be relationship threatening. People are also highly tuned in to attempts at manipulation.

But to know of Cialdini’s principles is useful, even if we accept their application to our collaboration efforts needs to be nuanced.

On a positive note, the author Jorge Barba wrote:

“It’s not the raw creativity or herculean intellect of an inspired individual that solves problems. It’s the interaction between that individual and others that leads to epiphany. Most scientific and artistic innovations or breakthroughs emerge from joint thinking, impassioned conversations, constructive conflict and shared struggles among different people.”

Problems and challenges often present themselves as hard to manage ‘one-offs’. As such, it’s easy to be convinced that the difficult situations before us are without precedent.

One valuable advantage of Cialdini’s principles is they remind us of common themes. These can be used to shed light on the intractable and provide a route map to resolution.